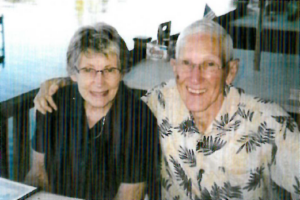 During the Great Depression, Harold and Mary Leonard lived modest lives, rarely spending lavishly on themselves. Their frugality led to an “overflowing cup” from which they poured out generously to their church, charities and other organizations they believed in.

Mary had an outsized, compassionate heart and throughout her whole life felt called to serve those who she believed were lacking hope. Her volunteer activities involved working with jail inmates, residents of nursing homes and shut-ins. It was no surprise to her three children that Mary chose to give so generously upon her death as she did throughout life.

Harold and Mary left bequests in their wills to set up this fund to support the broad and ever-changing needs within the community, help underserved people better their lives, bring about a more peaceful and just world, and help the Central New York communities that she and her family called home.