In fall 2010, we opened the Central New York Philanthropy Center at the historic University Club building to serve as our permanent home and a hub for charitable collaboration. The center provides ample and unique space for unprecedented collaboration between foundations and nonprofit organizations, as well as business and community leaders.

The Community Foundation strives to serve a significant civic leadership role in our region. By connecting people, resources and ideas, we help improve the quality of life for those who live and work in our local area. Multiple spaces make it possible to bring people and groups together to review and address community issues with the hopes of forging new partnerships and strengthening those that already exist.

The building’s first floor houses our operations with a reception area, a mix of open and private offices and meeting rooms. The second floor serves as a conference center, which consists of a large, flexible event room with access to an outdoor veranda. Our third floor is home to a large conference room with flexible set-up options for groups of varying sizes. These accommodations are available to local nonprofits to hold meetings, events and trainings. The remaining portion of the building, primarily on the third floor and a portion of the second floor, is leased to other charitable organizations as office space.

Overlooking historic Fayette Park and situated on the Connective Corridor between Syracuse University and downtown Syracuse, the renovation of this building was a part of downtown’s renaissance. With a purchase price of $1 million, we saw the creation of the Philanthropy Center as a vital investment in the heart of the city.

The Philanthropy Center is LEED® Certified. The Leadership in Energy & Environmental Design (LEED) rating system was developed by the U.S. Green Building Council to recognize the best-in-class building strategies and practices for the design, construction and operation of ‘green’ buildings.

The Philanthropy Center’s ‘green’ practices and renovations include efficiencies in use of water, energy, materials, resources, and indoor environmental quality. Over the course of construction, extensive efforts were made to divert as much material from landfills as possible. As a result, approximately 91% of the waste generated on site was recycled and diverted from landfills. That’s the equivalent of 63 fully loaded dump trucks full of debris.

Careful architectural elements maximize natural light in the building while maintaining indoor temperature regulation and reducing direct light glare. The original dark asphalt roof was replaced with new white roofing material over the majority of its surface. And all doors and windows were exchanged with energy-efficient replacements that were styled to replicate the building’s original designs.

Our guest parking lot is surfaced with pervious pavement, which is designed for storm water to infiltrate through its surface into the soil below, allowing the water to be naturally filtered and pollutants removed. The roof of the glass atrium features a vegetative roof comprised of layers of insulation, rubber, filter fabric, lightweight soil and low-maintenance plants. A rain garden, planted behind the stair tower, helps filtrate on-site rain water run-off, reducing the amount of surface pollutants entering storm drains.

In addition to LEED Certification, we met and exceeded our goal of at least 15 percent of the companies working on the renovation be Minority and Women Owned Business Enterprises (MWBE).

Our building at 431 East Fayette Street was built in 1917 as the home for the University Club of Syracuse. The building cost close to $100,000 to complete. Officially occupied on October 1, 1917, the building featured a lush bar, dining room, ballroom, library and 20 comfortable dormitory rooms that could be used by businessmen visiting Syracuse.

Tucked between the Hayden Hotel and the Wolcott Restaurant & Tea Room, the pillared and graceful Georgian Revival building provided members with a new headquarters to meet in comfortable privacy. The Club was wildly popular, maintaining a waiting list with hundreds of applicants. In November 1930, construction began on a three-story addition to the clubhouse that cost $30,000. The new addition housed handball and squash courts, a gymnasium, steam room, locker room and six additional dormitories.

Over the years, the University Club served as a private social society and meeting place where the area’s elite conducted business, socialized and shared common interests. Members discussed matters from business to politics. Activities included everything from lectures by industry leaders and college chancellors to concerts, big-band dances and stag parties.

The Club drew its share of celebrity visitors over the years including Governor Nelson Rockefeller, who held press conferences in the club ballroom, and Woodrow Wilson. Richard Nixon once made a stop at the clubhouse for lunch during his unsuccessful 1960 presidential campaign.

Traditionally an all-male social club, the University Club did not change its membership requirements until after its 80-th anniversary. Given that many members conducted business at the club, women thought it important to gain access to the entire facility. In 1980, women were invited to join the club as members for the first time.

Facing financial troubles in 1986, the Club reluctantly decided to leave its home on East Fayette in favor of a less-expensive, modern space in the Atrium on Clinton Square before it officially dissolved on April 2, 1990.

Green & Seifter first purchased the building in May 1986 followed by Skaneateles Savings Bank in December 1987. The first floor was converted into a full-service bank. Renovations included the construction of a drive-up window, elevator and accessibility for a ll. Most of the historic elements that had characterized the University Club’s dining and social rooms were removed during renovation to create new commercial space. The new branch was ready to open for business in November 1988.

In January 1999, Skaneateles Savings Bank was acquired by BSB Bank & Trust. In April 2003, BSB announced it had spent $1.3 million on equipment and renovations of the building’s basement. This space would be used as a check processing and call center. The basement had at one time housed a squash court and a half basketball court. The bank changed names over the years before M&T Bank put the building up for sale. The Community Foundation purchased the building on March 31, 2009.

The CNY Philanthropy Center is centrally located in Downtown Syracuse with various nearby options for free and paid parking. 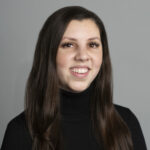 You may also contact another member of our staff.

A Message Regarding the Racially Motivated Shooting in Buffalo

We all deserve to be able to go about our daily lives feeling safe from ... 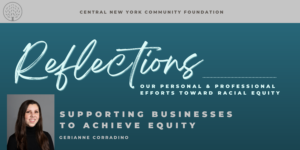 Learn why we are striving to partner with more minority and/or women-owned business enterprises (MWBE) ... 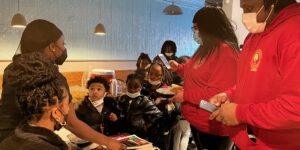 For Tamica Barnett, barbecues have the potential to uplift communities while creating a newfound sense ... 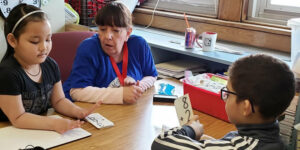 "Data Dating" pairs non-profits together to better serve the communities they represent. 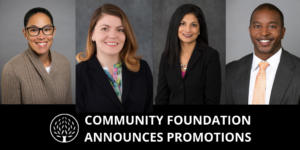 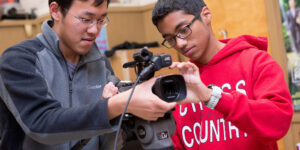 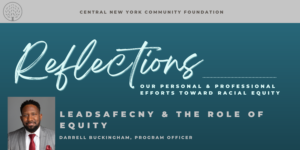 Reflections: LeadSafeCNY and the Role of Equity

A Message Regarding the Racially Motivated Shooting in Buffalo

We all deserve to be able to go about our daily lives feeling safe from ...

Learn why we are striving to partner with more minority and/or women-owned business enterprises (MWBE) ...

For Tamica Barnett, barbecues have the potential to uplift communities while creating a newfound sense ...

"Data Dating" pairs non-profits together to better serve the communities they represent.

Reflections: LeadSafeCNY and the Role of Equity