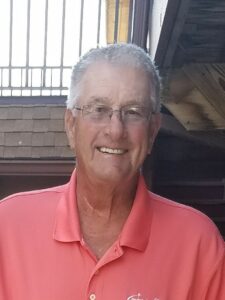 The William F. Huther Memorial Fund was set up in 2021 to honor the life of William “Bill” Huther known to so many as “Coach”. The goal of this memorial fund is to “pay it forward” within the Auburn community that Coach loved so much by awarding two Auburn High School seniors with a grant upon graduation. Recipients of this grant will be student athletes who exemplify outstanding sportsmanship, excellent character, a dedication to service in their school and community and intend to enter the field of education.

Bill grew up in Auburn and graduated from East High School in 1952. He received his Bachelors of Arts in History from Colgate University in 1956 and remained at Colgate the following year to receive his Masters of Arts in Physical Education. Bill went on to serve in the U.S. Army First Division from 1957 to 1959 before coming back to Auburn to teach physical education and health while coaching various sports at Auburn High School from 1959 to1970. Following a year teaching abroad in England, Bill returned to become a guidance counselor at Auburn High School from 1970 to his retirement in 1994. Bill often said that teaching was “caught, not taught” and there were no truer words to describe how he treated his work.