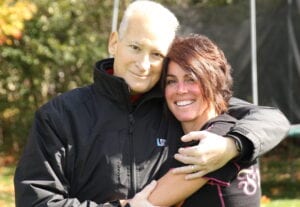 Dr. Richard Zogby, after receiving his medical degree from SUNY Medical University, went on to become a well-regarded orthopedic specialist in Syracuse for more than 25 years. He was a dedicated father of three and volunteered as a Boy Scout Leader and assistant Troop Master of Troop 369. He played college football for Dartmouth College and continued his love of the sport by supporting the Fayetteville-Manlius High School football team as their on-site team doctor during games. Richard passed away at the young age of 54 after a long illness, which he fought with courage, humility, resilience and grace. His wife Colleen established this fund in his memory to benefit local student athletes.

Remembrances of Rick can be emailed to his wife, Colleen, at zogss@aol.com.