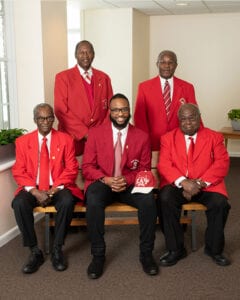 The Syracuse Alumni (NY) chapter of Kappa Alpha Psi was chartered on September 29, 1973 by twelve distinguished men. In March 1993, the Syracuse Alumni chapter dedicated a scholarship in memory of two of these Kappa Men. M. Gilbert Kirkland was affectionately known as the “Godfather” of the chapter. In 2002, the fund received a generous bequest from the family of Brother Merle R. Greene who was also a founding member of the chapter. The local chapter of Kappa Alpha Psi, a predominantly African American fraternal organization of college graduates whose main goals are community service and scholarship, established this endowment fund to augment its philanthropic efforts.