The Central New York Community Foundation announced today that it endorses proposed legislation put forth by the Syracuse Common Council to make the presence of lead a housing code violation during interior housing inspections. This is the first local policy endorsement of its kind from the region’s largest charitable foundation.

“The Community Foundation has been an amazing partner, collaborating with both the city and county to address the lead crisis,” said Joe Driscoll, District 5 Syracuse Common Councilor. “Its advocacy around this legislation is crucial in raising awareness and support around this issue.”

The proposed legislation, based on the release of a third-party Draft Generic Environmental Impact Study, is designed to build upon the July 2018 amendment to city regulation that instituted internal inspections on one- and two-unit rental properties. Up until this point, landlords could only be cited for visible chipping or peeling paint. The ordinance would require mandatory wipes to check for lead-contaminated dust.

A policy paper recently released by the Community Foundation explains that the proposed ordinance is the ‘missing link’ in a network of solutions put forth over the past few years to decrease childhood lead poisoning in Syracuse. In 2018, more than 10 percent of Syracuse children tested were shown to have elevated lead levels, according to the Onondaga County Health Department.

“Our community is not standing still, but rather making a progressive, systematic change in addressing lead poisoning in our children,” said Peter Dunn, Community Foundation President & CEO. “The passage of this lead ordinance would close the loop on a new infrastructure of vigilance that will identify the problem of lead exposure instead of waiting to address the negative outcomes.”

A one-month public commenting period for the proposed ordinance opens on February 5. Dunn says the Community Foundation’s endorsement is intended to spur discussion and encourage residents to make their voices heard by lawmakers before the Council’s vote in April.

“As a community, lead poisoning is affecting our children first and foremost,” said Dunn. “We hope that residents living inside and outside of the city provide input in support of this ordinance. Our children’s future depends on it.”

Community members will be invited to give their input online or via email. In addition, an in-person public forum is scheduled for 5:30 pm on February 12 in Common Council Chambers at City Hall.

“Thanks to a strong coalition of public and private partners, led by Fifth District Councilor Joe Driscoll, and buoyed by the significant financial support and partnership of the CNY Community Foundation, the City of Syracuse is poised to adopt a new lead ordinance that will protect our most at-risk children,” said Mayor Ben Walsh. “Together, we will wipe out the threat of lead to our children once and for all.”

The Community Foundation’s endorsement follows a 4-year, $2 million commitment announced by the organization in late 2018 to help end childhood lead poisoning in the city. Since then, more than $780,000 has been awarded to nonprofit organizations through its LeadSafeCNY initiative. In an Action Statement published on its website, the Community Foundation states that it is taking action now because “lead poisoning is entirely preventable,” yet it currently hinders children’s ability to enter the classroom ready to learn.

View the Community Foundation’s policy paper: “A Steady March Forward: The Critical Next Step to Address Lead Poisoning in Syracuse” 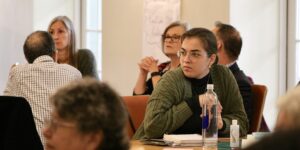