In a typical month, the Central New York Diaper Bank distributes 100,000 diapers. This March, though, as the number of coronavirus cases grew exponentially in the United States, Diaper Bank leaders saw a 50% increase in demand. Even before Onondaga County reported its first verified case of COVID-19, the disease caused by the virus, the region was reacting to the global health crisis.

Funders had been watching the situation unfold, and on March 18 leaders announced they had established the COVID-19 Community Support Fund. The fund, administered by the Central New York Community Foundation, supports immediate, basic needs of nonprofit organizations working with vulnerable populations. Fund partners include the United Way of Central New York, the City of Syracuse, Onondaga County, the Allyn Foundation, the Dorothy and Marshall M. Reisman Foundation, and the Health Foundation for Western & Central New York.

The pandemic is both “a public health crisis and a threat to the economic stability of so many of our friends and neighbors in our region,” Community Foundation president and CEO Peter Dunn said at a March 18 press conference. “Some of our neighbors face disproportionate challenges due to unexpected time off from work, unplanned child or health care expenses, transportation and housing issues or a lack of reliable access to information.”

The Community Foundation seeded the fund with $300,000. “There were donations within half an hour,” said Nancy Kern Eaton, president of the United Way of Central New York. “We had people call us before we made the announcement.” By May 15, the fund had raised more than $1.65 million and distributed nearly $855,000 in grants.

The Diaper Bank was among the fund’s first grantees. It received $10,000 to meet the increased need for diapers, which are not covered by government safety net programs.

“There was a staggering increase in demand in a very short time,” Dunn said, referring to food, diapers, and personal hygiene items. Underserved families faced unexpected childcare and food needs, and nonprofits lost income as programs and fundraisers were canceled.

The vulnerable included Central New Yorkers who are employed but have limited assets to fall back on in an emergency. “A health problem or car problem or housing problem can throw them into a very difficult place,” Dunn said.

Refugee communities face specific challenges, too. “A lot of the official response has been information dissemination, so there’s a translation issue to make sure the clientele served by community-based groups is aware,” Ridzi said. “Many of these families are large and live in close quarters, which makes social distancing harder.”

Grant requests so far have totaled about $5.5 million – far above the amount raised to date. That “points out that some of our safety nets are not as resilient or as thorough as we would have liked to see,” Dunn said. Some of the need “will be eventually addressed by government,” he said. “The role for philanthropy in a crisis is to fill in the gaps to meet immediate needs.”

Support for the fund “says a lot about the civic muscle of this community,” Ridzi said. “We were well-suited to form this coalition because we have been working together over the years,” he said, citing partnerships to address literacy, lead safety, and U.S. Census participation.

“Our community was well-positioned to respond to a challenge few of us ever would have imagined,” United Way’s Eaton said. “I’m so pleased that our county and city leaders are always at the table with us. Our community is able to respond to this crisis because the service providers were there to begin with.”

The COVID-19 crisis amplifies inequities. “Every time we have an economic crisis like this, the poor are impacted first and impacted the longest,” Dunn said. “We know Syracuse has the highest level of concentrated poverty in the country among African Americans and Latinos. This crisis is going to affect those communities hard.”

The vulnerability of underserved communities highlights “issues that will affect the dialogue we have around policy decisions,” Dunn said. “The problems are not going to go away.”

The crisis has revealed strengths as well, Eaton said. “People are very creative and flexible and know how to work together,” she said.

Big-picture analyses will come later, though. “We’re in survival mode right now, providing for greatest needs as they are identified,” Dunn said. For now, Central New York’s civic muscle offers solace. “We have collaborative relationships and this community is both big enough to have resources and small enough to have those resources make noticeable change,” he said.

The Cayuga Community Fund has announced its 2022 grant recipients. 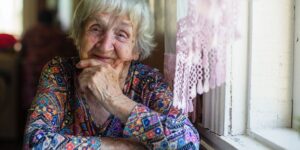 View Say Yes Syracuse's latest Report Card to see how we are doing.

The Cayuga Community Fund has announced its 2022 grant recipients.

View Say Yes Syracuse's latest Report Card to see how we are doing.